又中又英 - Michael Chugani 褚簡寧 2021-09-16 列印 文字大小
On September 11, 2001, when I was living in the US, I turned on the TV to watch the news. What I saw made me numb with disbelief. Terrorists from al-Qaeda had used two hijacked planes to separately crash into both World Trade Centre buildings in Manhattan. The planes flattened both skyscrapers. If your body is numb, it means your body cannot feel anything. But if something makes you numb with disbelief, it means you are so shocked or frightened you are unable to feel any emotions or think carefully. The word “flatten” (or raze) used this way means to completely destroy a building. Powerful storms flatten buildings.

I clearly remember that day even now. America was in shock. I went down from my apartment to see how people were dealing with the shock. The streets were almost empty. People who went out seemed numb with disbelief. Where I lived I could sometimes hear planes but I could not hear even the noise from a single plane. The government had grounded all civilian planes. To ground a plane means to prohibit or prevent it from flying. The streets were eerily quiet. The adverb “eerily” means in a strange and scary way. There was a surreal atmosphere across the US on September 11 and the following days. The word “surreal” means very strange, unreal, and like a dream.

Little did I know at the time that I would be back in the US on the 20th anniversary of the 9/11 terror attacks. The expression “little did I know” used this way means I did not know or could not have guessed something would happen. Seeing President Joe Biden and ordinary Americans on the TV news commemorating (remembering and showing respect for) 9/11 brought back sad memories of the day terrorists attacked the US. My brother-in-law drove me around Indianapolis last Saturday, the 20th anniversary of 9/11. We saw people collecting donations for the families of those who died on 9/11. I donated too. 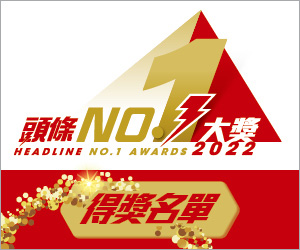